The History of the Hunger Games 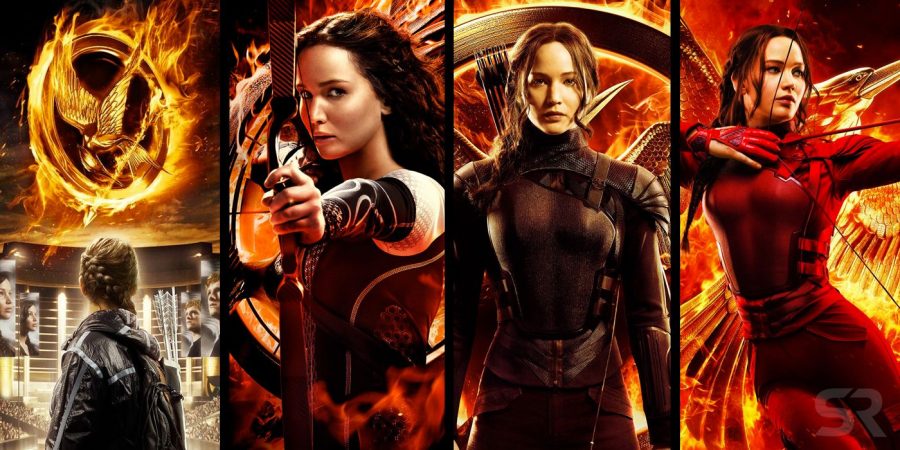 A prequel novel, titled The Ballad of Songbirds and Snakes, about the early days of the Hunger Games, featuring a young Coriolanus Snow as the protagonist, was released on May 19, 2020.

The Hunger Games trilogy takes place in an unspecified future time, in the dystopian, post-apocalyptic nation of Panem, located in North America. The country consists of a wealthy Capitol city, located in the Rocky Mountains surrounded by twelve (originally thirteen) poorer districts ruled by the Capitol. The Capitol is lavishly rich and technologically advanced, but the districts are in varying states of poverty. The trilogy’s narrator and protagonist Katniss Everdeen, lives in District 12, the poorest region of Panem, located in Appalachia, where people regularly die of starvation. As punishment for a past rebellion against the Capitol (called the “Dark Days”), in which District 13 was destroyed, one boy and one girl from each of the twelve remaining districts, between the ages of 12 and 18, are selected by lottery to compete in an annual pageant called the Hunger Games. The Games are a televised event in which the participants, called “tributes,” are forced to fight to the death in a dangerous public arena. The winning tribute and his/her home district are then rewarded with food, supplies, and riches. The purposes of the Hunger Games are to provide entertainment for the Capitol and to remind the districts of the Capitol’s power and lack of remorse, forgetfulness, and forgiveness for the failed rebellion of the current competitors’ ancestors.

Each book in The Hunger Games trilogy has three sections of nine chapters each. Collins has said this format comes from her playwriting background, which taught her to write in a three-act structure. Her previous series, The Underland Chronicles, was written in the same way. She sees each group of nine chapters as a separate part of the story, and comments still call those divisions “act breaks.”

Collins says she drew inspiration for the series from both classical and contemporary sources. Her main classical source of inspiration is the Greek myth of Theseus and the Minotaur, in which, as a punishment for past crimes, Minos forces Athens to sacrifice seven youths and seven maidens to the Minotaur, which kills them in a vast labyrinth. Collins says that even as a child, she was stunned by the idea since “it was just so cruel” to force Athens to sacrifice its own children.

Collins also cites, as a classical inspiration, the Roman gladiator games. She feels three key elements create a good game: an all powerful and ruthless government, people forced to fight to the death, and the game’s role as a source of popular entertainment.

A contemporary source of inspiration was Collins’ recent fascination with reality television programs. She says they are like The Hunger Games because the Games are not just entertainment but also a reminder to the districts of their rebellion. On a tired night, Collins says that while she was channel-surfing the television, she saw people competing for some prize, and then saw footage of the Iraq War. She described how the two combined in an “unsettling way” to create her first ideas for the series.